Back to Scholar Listing 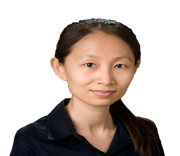 Dr. Li Ma received her bachelor’s degree in biology from Peking University in 2001. After completing her Ph.D. study with Dr. Pier Paolo Pandolfi at Sloan-Kettering Institute and Cornell University Weill Graduate School of Medical Sciences in 2006, she became a Postdoctoral Fellow with Dr. Bob Weinberg at the Whitehead Institute for Biomedical Research and MIT. She joined the faculty of MD Anderson as an Assistant Professor in 2010 and was promoted to Associate Professor with tenure in 2015. Dr. Ma has conducted pioneering research on tumor metastasis and regulation of key cancer proteins and pathways. She is an internationally recognized leader in establishing models of microRNA (miRNA) regulation of metastasis, epithelial-mesenchymal transition (EMT), and therapy resistance, and in rectifying models of long non-coding RNA (lncRNA) regulation of metastasis. In addition to RNA research, Dr. Ma’s lab also discovered the deubiquitinases for key cancer proteins; some of these deubiquitinases are promising anti-tumor and anti-metastatic targets.